The ATO has released several case studies of adventurous and misguided expenses claims from taxpayers, but some fear they’re being made an example of because the Tax Office cannot “audit their way out” of a large-scale expenses crackdown. 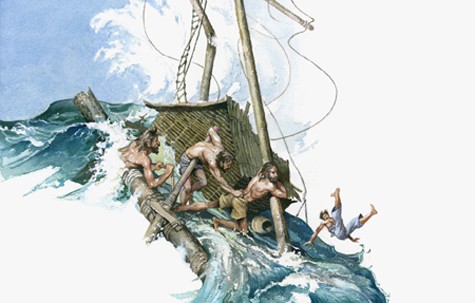 The Tax Office has embarked on a large-scale education campaign in the build up to tax time 2018, and has specifically placed work-related clothing and laundry claims on notice after a 20 per cent rise in claims over the last five years, with 6 million people claiming nearly $1.8 billion in laundry expenses last year.

In a bid to showcase examples of incorrect claims, the ATO has released several case studies, including one advertising manager who claimed $1,854 for clothing purchased at popular fashion retail stores to wear at company work functions and awards nights. Her claim was disallowed in full and a penalty issued for failing to take reasonable care.

Further, a car detailer claimed over $20,000 of work related laundry expenses over two years on the basis of calculating the expenses at the rate of $226 per hour, as he “valued his personal time”.

He then made a voluntary disclosure that saw his deductions disallowed, with no penalties applied because of the disclosure before the ATO’s audits progressed.

Conversely, a lab technician claimed $2,500 for the cost of purchasing protective boots and laundering his work uniform but failed to keep any receipts to verify his claim, resulting in a reduction to $144, using the ATO’s reasonable basis.

Speaking to Accountants Daily, the Institute of Public Accountants general manager of technical policy, Tony Greco, said the examples given show that the ATO is trying to influence taxpayers’ behaviour ahead of tax time.

“The dilemma that the Tax Office has is that they can't audit their way out of this problem, all they can do is look at the outliers and hope that by reporting that, that they change community behaviours,” said Mr Greco.

“They are well and truly above what most people would consider reasonable.

“We don't know if these are agent prepared returns or whether they are self-preparers and the question that needs to be asked is do these types of claims go through agents? If the answer is yes then I would find that unusual that an agent would find this acceptable.”

“As tax agents, it’s our job to make sure that clients claim everything they’re entitled to but equally that they don’t claim what they’re not entitled to,” said Mr Chapman.

“As such, the claims we see are all legitimate and I’d expect that any reputable tax agent would report the same. The bigger risk is probably through self-lodged returns where there is a bigger danger in taxpayers misinterpreting the law and making an inaccurate claim.”