The ATO has warned that it will be increasing efforts to identify taxpayers who leave out certain payments and foreign income streams, as new international reporting standards kick in this month. 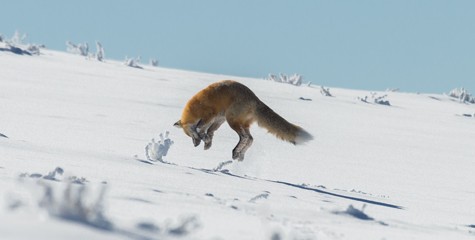 The tax office said it will strive to recover an annual shortfall of nearly $1.4 billion caused by individuals who leave income out of their tax returns, as part of its broader plan to recoup the $8.7 billion individual tax gap it revealed earlier this year.

Foreign income sources will be scrutinised, with the Common Reporting Standard (CRS) seeing the first lot of data to be exchanged with over 100 foreign tax authorities on 30 September.

According to the ATO, AUSTRAC data shows that taxpayers most commonly receive foreign funds from countries including the UK, USA, China, Switzerland, Hong Kong, New Zealand and Singapore.

“It’s important that everyone pays their fair share of tax, regardless of whether they earned income in Australia or abroad,” said ATO assistant commissioner Kath Anderson.

“We understand that people make mistakes and can forget to include some of their income. But those who leave out income to avoid paying their fair share of tax should be aware that there can be penalties and interest. Penalties can range from 25 per cent up to 75 per cent of the shortfall, in addition to paying the money owed.

“The most common mistake we see is taxpayers leaving out cash wages. But we are also seeing taxpayers either deliberately or accidentally failing to include income from second jobs, capital gains on cryptocurrency, the sharing economy, the gig economy and foreign-sourced income.”

Speaking to Accountants Daily, BDO partner Mark Molesworth said the implementation of CRS and the notice from the tax office meant accountants should revisit questions around foreign income streams with their clients.

“It will be worth for accountants to specifically ask clients whether they do have any sources of income offshore, any investments offshore,” said Mr Molesworth.

“It would be worth mentioning to clients, without indicating that they disbelieve their clients, that the CRS is now coming in and the data is going to be provided to the tax office, and if there is something that needs to be disclosed, then now would be the time to do it.

“My view is they would be very wise to make a voluntary disclosure and talk to the tax office before the tax office starts talking to them because their powers are broad and can be applied quite harshly, and you tend to get a better hearing from the tax office if you are voluntarily disclosing something to them rather than waiting for them to talk to you.”